Para - Badminton will be making its Paralympic debut in Tokyo, Japan 2020

"The occasion was a pleasant surprise and I was in awe of the amount of people who were out to support us carrying the Paralympic torch through the host borough of Hackney. This was one of the most proudest moments in my life, making history and I was loving the fact that I could share and give something back to my family, my friends and my community, who in turn have given me so much." Sharon.

After the spectacle of the London Olympics and Paralympics, England contigent shine at the first installment of the 4 Nations series. The first leg of the 2012/2013 season at the Sport Wales National Centre, Sophia Gardens; the Welsh leg. 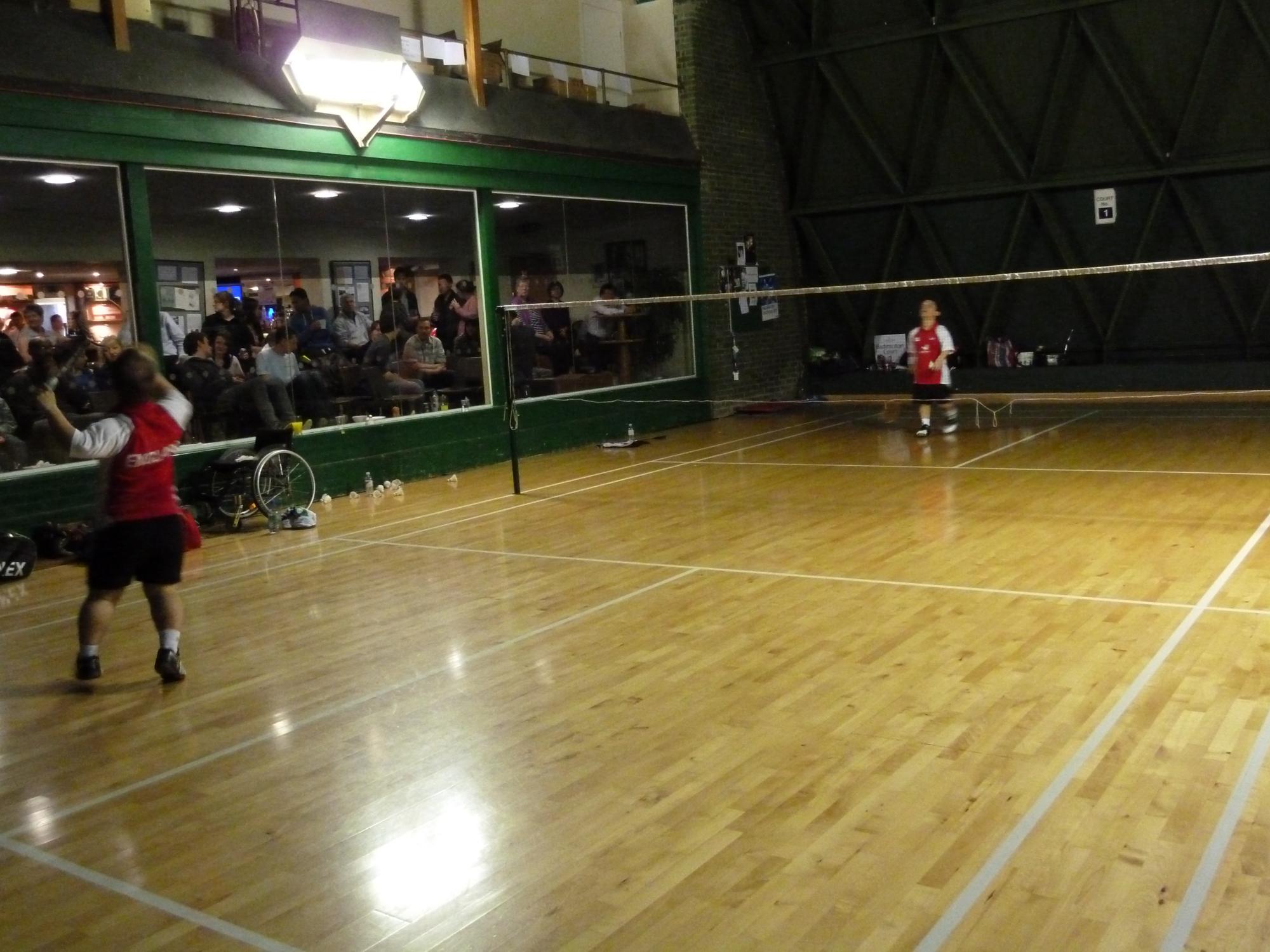 Back by popular demand…..Wheelchair players Gobi Ranganathan and Martin Rooke, Standing players, Daniel Lee and Bruno Forbes together with Dwarfs Ollie Clarke and Andy Martin put on a wonderful display, in front of a packed house, during the Club’s Championship Finals day on 28 April.

The demonstration was very well received and later members were invited to join in on some doubles.  The members thoroughly enjoyed the games and commented on the high standard of play.  As last year, the display served to raise awareness amongst it’s members and to demonstrate how easily disabled athletes can play alongside able-bodied.

The Mayor of Merton, Gilli Lewis-Lavender, spoke with Daniel Lee afterwards, commenting on how much she had enjoyed watching the players.  Daniel said it was a delight and an honour for him and the athletes to play in front of someone who was so appreciative of Para-Badminton.  She would definitely campaign for badminton to be included in the Paralympics!!

As part of the Inclusive Club’s Programme, Disability Coach, Lorraine Brydie, has set up a disability session, within the club’s weekly programme. This provides an excellent entry point into the club before the players are moved on into mainstream sessions.

Finally, Lorraine would like commend both Andy and Ollie for their equally as entertaining demonstration on the dance floor and to Gobi and Bruno for their stamina, as they were the last to leave the building, in the wee small hours of the morning!! A big thank you must also go to Leanne Brown for her support on the day and to the players who did para-badminton proud!  Well done guys!!

England players return home from the European Championships in Dortmund, Germany with 6 Gold medals and more...

England players went to Dortmund with medals in their mind. The tournament had made an impact on a few players. Rachel Choong retained her number 1 status holding on to her No.1 singles title in the SS6 category. Antony Forster became England's European Champion 2012 in Mens SL4 partnering Germany's Jan-Nicklas Pott. Daniel Lee, who was re-classified to SL3 category on the eve of the tournament fought hard to reach the Finals in his singles. Special congratulations to Meva Singh Dhesi, one of England's veteran players claimed bronze in SL3 Mens doubles, partnering Scotland's Naill Jarvie, a massive achievement. Helen Ward, England Coach worked brilliantly with the England Camp and her effort payed off with England's medal haul.

EBAD was proud to sponsor Disability Coach, Tom Chui, who was also very inspirational to England's success as he went on court to coach and mentor many England players through the tournament.

'After being re-classified to SL3, I had to quickly change my mind-set to cope with the different technicality of half-court singles. I am happy to have reached the Finals and I will be aiming higher still,' Daniel Lee, SL3 player

Deputy Chairman of BADMINTONEngland, Eric Brown reported on his visit to the English 4 Nations 2012. Eric was impressed at the standard of play at the tournament and is one of the key figures who fully supports Para-Badminton.

E.B.A.D. encourages and is always happy to receive any news, information or activities to do with Disability Badminton.